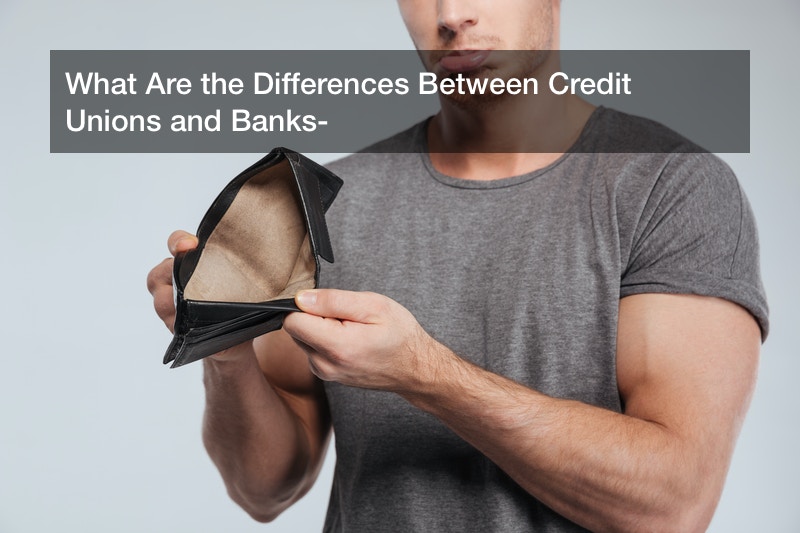 Anyone who is thinking of opening a checking account or applying for a credit card should consider a credit union as well as different banks. Credit unions are financial institutions that provide many of the same services as banks, but there are also some important differences. These differences relate to ownership and policies, and they are often the reason why many people prefer credit unions to banks for their financial services.

What are credit unions?
Credit unions are cooperative financial institutions that are owned by their members. Unlike banks, which have to answer to their shareholders, credit unions can institute policies that are in the best interests of members who are also the customers. They can offer loans and credit at lower rates of interest than banks and other financial institutions, and also have low to zero fees for bank accounts. In fact, credit unions quite explicitly see their mission as putting people over profits, and this influences their policies.
Credit union members elect their directors on the basis of a simple one person one vote system, which also helps to ensure that the credit union will be administered keeping the interests of depositors in mind. Credit unions originated in Germany in the mid- nineteenth century and quickly spread across Europe. The first credit union in North America was opened in 1901 in Quebec. The first credit union in the U.S. was opened in New Hampshire in 1908.

What services do credit unions offer?
Credit unions offer many of the same financial services as banks, including checking accounts, savings accounts, credit cards, auto and mortgage loans etc. Because credit unions define their goals as helping people rather than maximizing profits, they can offer many services on better terms than banks. For instance, credit unions are twice more likely than banks to offer fee-free checking accounts.
They can also offer credit on better terms, with lower rates of interest than most banks and credit card companies. Credit unions pride themselves on making financial services and credit available to people from all walks of life including lower-income families and underserved groups. Many have residency requirements which limit membership to those who live or work in the area.

Why do people choose credit unions?
Since the financial crisis of 2009, popular trust in banks has been drastically eroded, while faith in credit unions remains strong. That’s at least partly because credit unions were not overextended and weathered the financial crisis better than banks. For a number of reasons, credit unions are able to offer better terms to customers, whether its fee-free checking accounts or lower credit card rates.
They can also offer better terms than commercial banks for auto loans and home loans. The great majority, or 88% of home buyers need to take out a mortgage to finance their home purchase, and many turn to credit unions for this purpose. Many banks charge hefty overdraft fees even for long-standing customers who make minor mistakes. Credit unions are much more accommodating, which is another reason why people choose to make the switch.

Credit unions are member-owned financial institutions. Unlike banks, they are administered in the interests of the customers, who are also owners. They offer most of the same financial services as banks, often with lower rates. For all of these reasons, credit unions are a popular choice for anyone wanting to open a bank account, apply for a credit card or a loan.